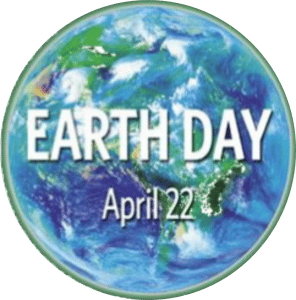 Green Air are a proud supporter of International Earth Day. The Earth is our home and we need to look after it and everything on it that she supports!

What is the Earth Day?

Earth Day is an annual event, celebrated on April 22, on which day events worldwide are held to demonstrate support for environmental protection. It was first celebrated in 1970, and is now coordinated globally by the Earth Day Network and celebrated in more than 193 countries each year.

The Earth day Network drives numerous projects in support of the Earth, we have chosen to get behind the 100% Renewable Cities Project for 2017.

Earth Day Network is calling on cities to go 100% renewable by 2050. We want all of our consumed energy to be created by renewable energy sources– sun, wind and water! This means investing heavily in technology such as wind turbines and next-generation solar panels. Only by converting our energy grid to 100% renewable sources can we stop climate change.

More people are moving to cities than ever before. Currently, more than half of the world’s population resides in cities. By 2050, the UN predicts the global population will be over two-thirds urban. The world’s cities are housing millions and millions of residents, with much of the growth in areas that are not able to rapidly adapt to climate change.
One billion people still live on less than $1.25 per day and those most affected by climate change are low-income or marginalized populations. The effects of climate change will only intensify if we don’t stop misusing the planet. Moving towards a 100% renewable and climate change resilient society is possible, but only in a world where all countries commit to a low carbon future. We have the technology. Now we need the political will to begin this change.
With your help, we will push for a universal climate agreement that limits global warming to 2°C at this year’s UN Climate Summit in Paris. We must come together to demand climate action from our leaders!

Scientists agree that greenhouse gas emissions that increases global temperatures beyond 2°C will irreversibly alter climatic regions all over the world, making fierce natural weather phenomena a daily occurrence.
Moving to renewable energy has the potential to be cost-effective and transform the way we interact with our environment. Divestment from fossil fuels, green buildings, and sustainable cities must drive this change.
We have to start from the bottom up– show our representatives that we will lead where they cannot. This starts in your city!

This site uses Akismet to reduce spam. Learn how your comment data is processed.